Keep It Off My Wave: What Really Matters

Soooo, how 'bout that Sunday Times interview? Wow. Once again, the tidal wave of giddy good vibrations was hiding a shark. I was as annoyed as everybody else when I first read it and though I'm at a point now where I'm just kind of shaking my head that an editor actually passed it there are two things that keep coming to mind for me.

1. It's going to happen more and more often and there's nothing we can do about it. Some people don't get fandoms, and not just us as evidenced by Ms. Gold's sneering at Barry's Fanilows in an article that has nothing to do with them. There's been a really interesting conversation going on for quite some time about misogyny and fandoms. What we each CAN do is decide how that affects us. Are we going to let someone who can't be bothered to do five minutes of research about something that IS searchable -- like whether the play that the actor you're patronizng interviewing is starring in is public domain before you say it in front of millions of people because that would be a cub reporter's mistake and not something a seasoned professional would do, right? -- get under our skin and shame us about who and what we love? Or how we behave? Or anything else? Because I think we shouldn't.

2. This appeared on my Facebook feed today and you know what? Exactly. 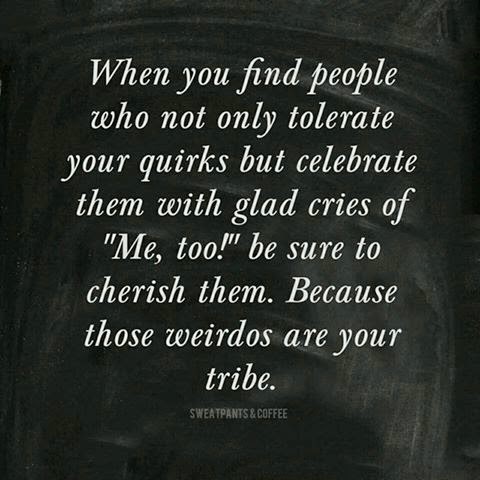 This fandom isn't all roses and ice cream, we know that. We don't always get along but we do, mostly, get each other. There are people in this fandom who I adore as human beings and I would never have met them otherwise. There are people who I don't adore, too, but they at least give me something to think about, another point of view to consider, and that's invaluable.

So what's Tanya Gold really sneering at here? A bunch of sad, "innocent" losers or an international group of people who can manage to put their differences aside to come together to laugh, to create, to SpReAd The Love, to support each other in times of crisis and to celebrate the success of the dude we're all kind of sweet on? Gosh, we should all be deeply ashamed, shouldn't we?

I think some Soundgarden is in order here because I can't think of anything more appropriate at this moment. Have a great night and don't let the shitheads get you down.

Something to say off blog? Contact me at funkybluedelphinium@gmail.com